At this point I feel like I am a tiny human living inside a snow globe sat upon a mantelpiece. This town is whiter than anything I have ever seen. It blinds you to even attempt looking ahead. Making things worse, I am trying to make my way to the Interstate 90 but I can’t even see the lines on the road, or the street signs. Its times like this when I ask myself why I am doing this? Then I have flashbacks to meeting people like Terri in a small bar in Buffalo, Wyoming. Or that friendly man at the gas station who was so surprised to see a couple of foreigners at this time of year he couldn’t help but laugh. There are definitely challenges involved in this adventure we are attempting, but the happenings along the way are what make it all worth it and encourage me to share the stories and entice others to do the same.

Trying to drive in the ice and snow feels similar to the first time I went on a bumper car ride. At first I was nervous, couldn’t quite get the confidence to get the speed up and when I finally made it to the middle of the road – I felt indestructible. It took patience, will and drive to make it through the first day of ice driving. There were times that the windscreen clouded over in fresh snow, the road was covered in a white ocean of wind and other times that the car itself wanted to go a completely different direction to which we are headed. Through all of this, I gave praise to all the other drivers who deal with this year in year out. This is not an easy task.

The flat plains of Wyoming, South Dakota, Minneapolis and Wisconsin made for some easier driving days once the snowstorm had ended. We even hit some clear skies and ice-free roads. I’m sure a lot of people might speak about how boring this section of the country is, but for us, experiencing temperatures below -15 ° Celsius was a huge adventure, and nothing short of boring. Our night in Buffalo, WY, was spent in a cute little motel. We took a ten-minute walk to the local bar to get to know some more about the area and meet some local folk. By the time we reached the bar on the main street, my eyelashes were frozen. We sat at the bar for a few hours, were introduced to Terri who had lived her entire life on a local Ranch. We learnt about the local agriculture business and how a small town like Buffalo survives its way through the winter months. Terri introduced us to her favorite drink – a ‘Duck Fart’! For anyone who had never tried this beverage- you are missing out!

The struggling sound of our van in the morning had me cringing slightly, almost as much as when I was given $5 from holly the previous night to roll around in the -15 ° snow wearing only underwear – all for the thrills I guess. Heading back to the i90 within a few hours we were well into South Dakota and passing Rapid City – Famous for Mount Rushmore. Of course we had to make a pit stop to view this National Monument. The -13 ° temperatures had us taking a few quick snaps and straight back into the van. Not so appreciative of the size and effort involved in this incredible monument, but enough to appreciate it slightly.

It was Sioux Falls City, South Dakota that proved a real challenge to our van and us. The temperature was due to drop to -22 ° overnight and we had parked up for the night in a Walmart car park. After hitting up a local bar, we jumped into the van. We covered each window with insulation, snuggled up in our -22 ° grade sleeping bags and hoped for the best. Could we really handle a night without heat in -22 ° temperature? Yes! We Can! There was one point during the night that I had to defrost my eyelashes and pull my frozen hair away from my face, but apart from that it was well and truly ok! The 20 minutes it took to defrost the windscreen in the morning gave us the perfect amount of time to ‘shower’ in the Walmart restrooms. Everything worked out perfectly.

From Sioux Falls we headed directly to Chicago, crossing over Minnesota, Wisconsin and into Illinois. Chicago didn’t quite escape us from the freezing temperatures but we have treated ourselves to a hostel while we have a break from driving. What a beautiful city it is, full of delicious food, cheap drinks and crazy drivers. Here’s to a good city break in Illinois. 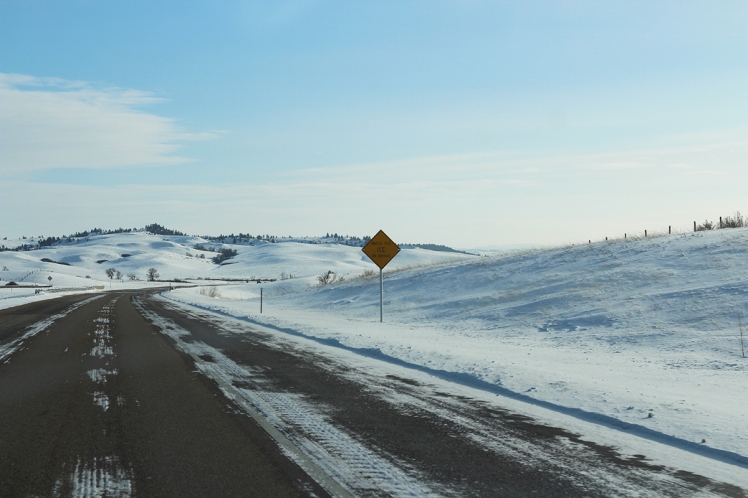 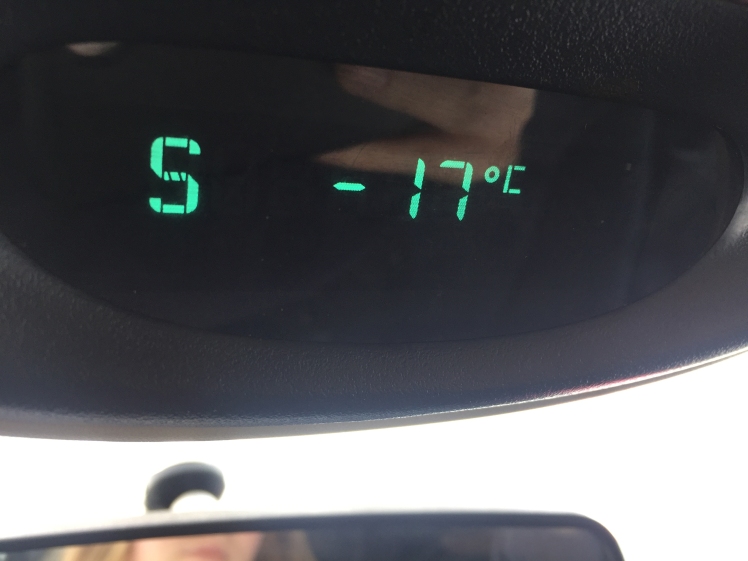 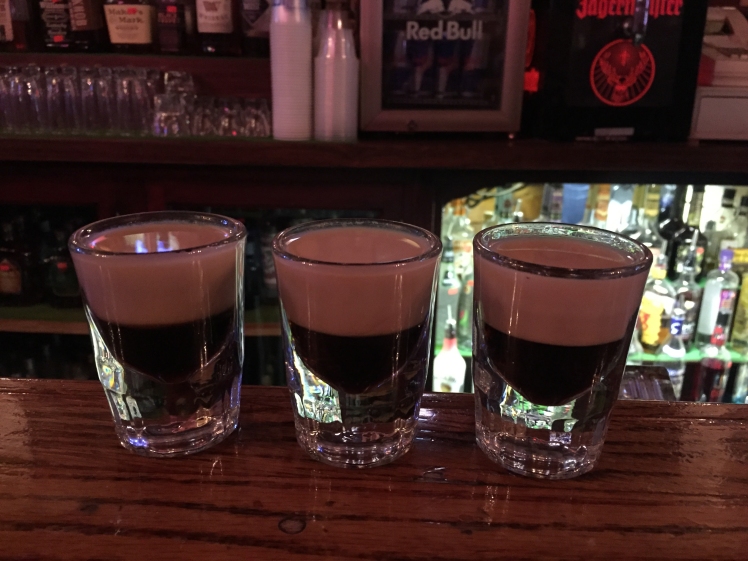