The Annapurna circuit – 220km and three weeks later I have completed the most physically demanding yet rewarding experience which I will treasure for ever. Through desert, dust, snow and rain I walked. Passing tiny remote villages, climbing 5416m and appreciating the raw nature of the Himalayas. Removed from the world of technology and the pressure of society through social media I was able to appreciate the company of fellow trekkers and the local communities, my mind opened to a new world of simplicity and sustainability.

From Kathmandu I took a bus to Pokhara, a chilled tourist hub where fellow travellers partake in paragliding, arrange trekking and smoke weed beside the lake in the small bungalow cafes. I met Lizi on the bus, both of us were planning to do some trekking in the Annapurna region but had not yet decided on which routes we would take, Neither of us had done little more than day hikes in the past and were keen to take on the challenge of a hike which ranges between 16 to 22 days for the full Circuit. Scurrying around the shops in Pokhara we bought suitable weather clothing and gear such as poles, torches, maps and snacks that we would need for the route. The trek takes you through local villages where you are able to stay in guesthouses for the night and eat local foods. This meant that we didn’t need to take camping equipment, which my back was thankful for as my pack already weighed about 9kgs when my water was topped up.

Two days after arriving in Pokhara I found myself squashed into a local bus bound for Besi Sahar where we began the trek. We had decided to pursue the trek unguided which ended up being very easy, carrying a map and guidebook were able to easily stay en route to the end of the circuit at Nayapul. It was also easy to meet fellow trekkers at the guesthouses and between villages on the track.

The first couple of days were a little hard getting used to carrying the weight of our bags, wearing in hiking boots and the heat at the lower altitude had us dripping in sweat. We began to understand how many hours we were able to hike per day, what time was best to start walking and how the guesthouses run. We would ask for the ‘Israeli deal’ in order to get free accommodation if we were to eat dinner and breakfast where we stayed. We learnt that the mountain sun is harsher than any other, and that in the afternoon it will rain and get windy so it’s best to stop trekking by about 3pm. I began to appreciate life without Internet and enjoy the serenity of being in the mountains.

It took us 6 days to reach Manang, a town at 3500m where trekkers are required to spend two nights to help the body acclimatize to the altitude. With a medical center giving lectures on the dangers of altitude illnesses, bakeries serving apple pie and even a guesthouse with a small cinema. Here we had our blood oxygen levels tested as we witnessed the helicopter perform 5 mountain rescues in the one day. From this altitude breathing gradually became a struggle, drinking water became a frustration and sleeping was a challenge. Above 3500m we were only able to ascend safely 500m each day, we began to walk at snail pace, it felt as if gravity had just doubled in power. My body felt fit, able, but my lungs were struggling with each breath. During the nights as I lay shivering under all the layers, I felt restless, breathless. It was all a bizarre feeling; the nights were cold and sometimes snowed adding another challenge to the mix.

On day 9 as I came around the corner after an anxious half hour walk along the ‘landslide zone’ a tear came to my eye when I see the sign ‘welcome to Thorong Phedi, 4000m’. I had made it, others were not so lucky and began to suffer symptoms of altitude sickness requiring them to turn around and descend. It had been difficult and I new that the greatest challenge would be the following day, I was excited, full of adrenaline. I went to sleep feeling fantastic; I looked forward to conquering the pass, descending to lower ground and being able to breathe again. Waking at 4am the following morning, already dressed and ready to go I smashed a bowl of porridge, put on my head torch and headed into the negative temperatures outside trying to forget about my thumping headache. We joined the train of trekkers on the 1016m ascent to ‘the pass’, it was freezing and I struggled to walk 20m without stopping to regain my breath. One guy had his hands wrapped in plastic bags to avoid frostbite.

We reached high camp (4500m) as the sun was coming up. I had a cup of hot tea and tried to warm my hands before heading off again. My bottle of water now had a block of ice inside it and the nozzle of my water pack was frosting over, I must say it was not at all pleasant to drink freezing cold water when you are already struggling to keep yourself warm. I plastered my nose with paw paw cream to avoid windburn, coated my face in SPF 50+ sunscreen and steadily continued my ascent. It took me 6 hours to reach the top, emotions were high as I shed tears and hugged my fellow trekking companions who had already made it to the top. All the satisfaction of the past 10 days made me forget the pain of my throbbing head, I looked around and appreciated the stunning views, the best yet. I felt high.

What followed was a steep 2000m descent to the closest village on the other side, Muktinath. By the time I reached the village my legs were like jelly, after finding a guesthouse we joined fellow trekkers who were all drinking beer and celebrating the achievement of making it over the pass. It was a great vibe amongst everyone. I slept better than ever before that night, the ease of breathing had returned to normal and my head was no longer feeling like a ticking time bomb.

After the pass we continued on the circuit route through the medieval villages of Kagbeni and Marpha through to Kalapani. The landscapes had changed dramatically into desert, dust and stone. We unexpectedly found ourselves in a dust storm due to our mistake of beginning to walk too late in the day. The wind picked up drastically at around 12pm sending waves of dust and small stones into our faces, it became to look like a scene on mars, we were doubled over walking against the wind. After about half an hour a tractor drove past, we jumped in the back of the trailer and went for an extremely bumpy ride , so bumpy in fact that we were only able to deal with it for 15 minutes before opting to carry on walking in the storm.

The scenery changed more rapidly along the trek on this side of the pass, after spending a few days in the desert we wandered through pine forests and then into rainforests, the diversity was always exciting and we never new what would come next. As we descended down to 1190m at Tatopani we then began ascending again up to Poon hill, 3210m. The next two days were steep stairs and rocky paths to the villages at the top of the mountain, this area was much more touristy, there were too many people so we changed our plan and took a less travelled route to our final destination, Nayapul.

Our final three days in the mountains we took slowly trying to relax and surround ourselves by locals rather than tourists. We reached Nayapul on our 20th day of Trekking, immediately it was clear we were back in general civilization. Piles of rubbish littered the roadside, the smell of pollution suffocated my sinuses and the beeping of horns made my head ache. After spending three weeks in the mountains it was overwhelming, the noise, fast paces, packs of people and I wish my mind could have gone numb for a while. I wanted to hibernate in a dark room and slowly introduce myself back into society. It was a struggle and I missed the mountains before I was even completely out of reach.

I look back on the three weeks I spent trekking in the Himalayas and appreciate all I take for granted, I have learnt to ignore the pressures of social media, the need to have all forms of communication in your pocket and expectations to perform and always show a positive you. I like the simple life, the life that the villagers live, they are the happiest people I have come across, those that live so remotely that there is nothing to be stressed about, no time to be anywhere. The children smile and laugh, they roam, they have freedom and fresh air rather than indoor spaces and television screens. Sometimes you can look at them and think that they have nothing, but really, I envy them and think they have everything. 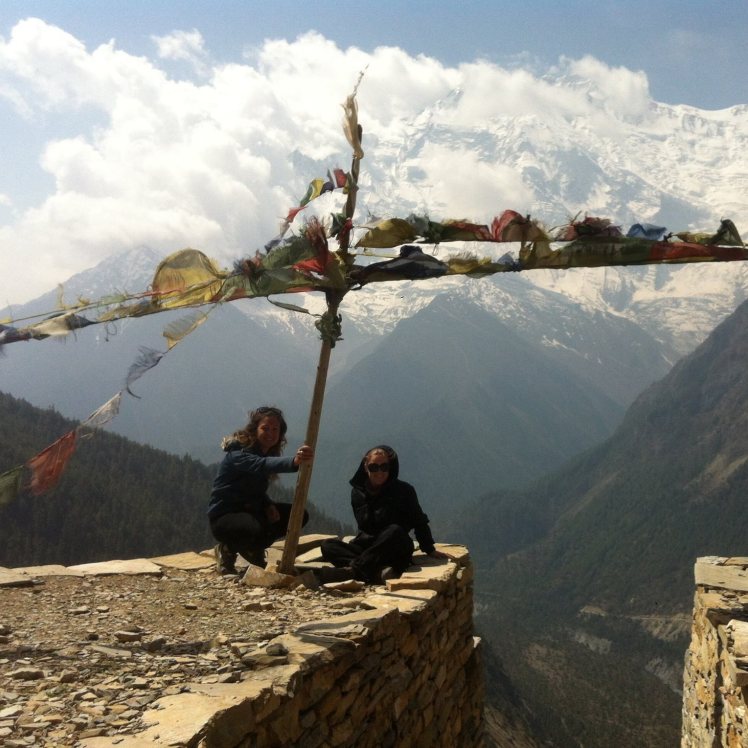 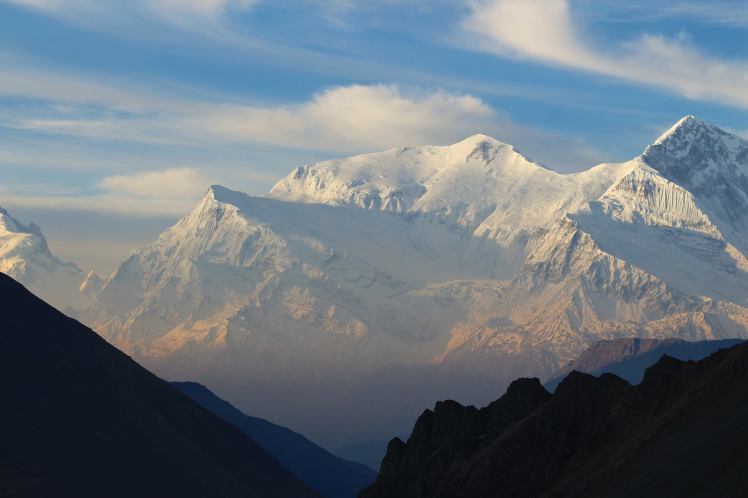 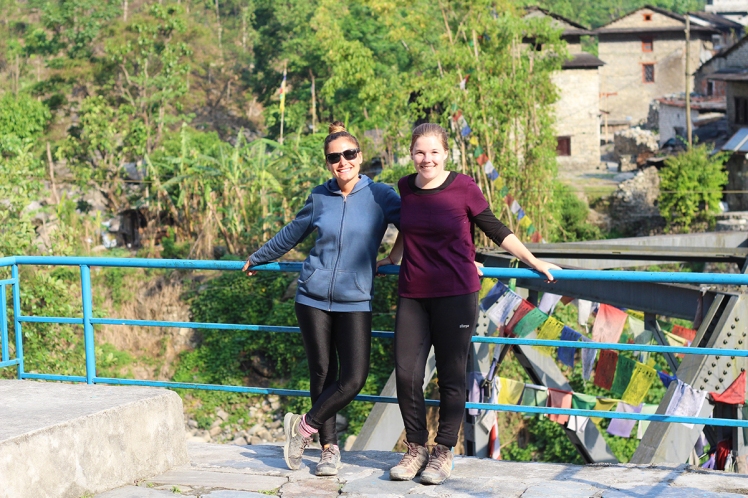 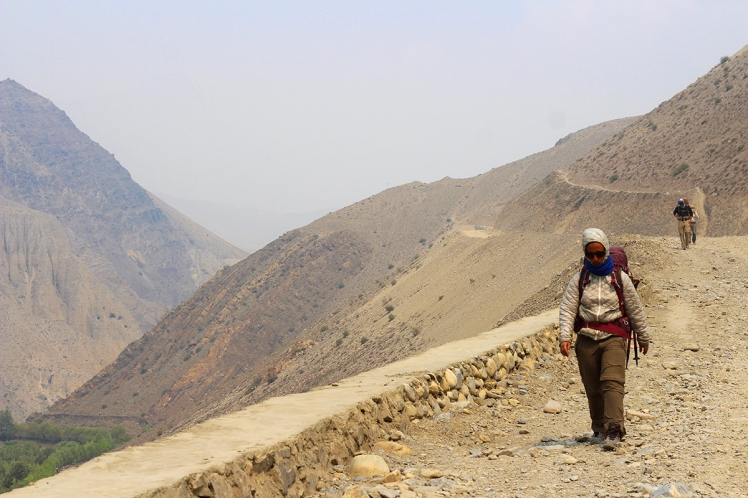 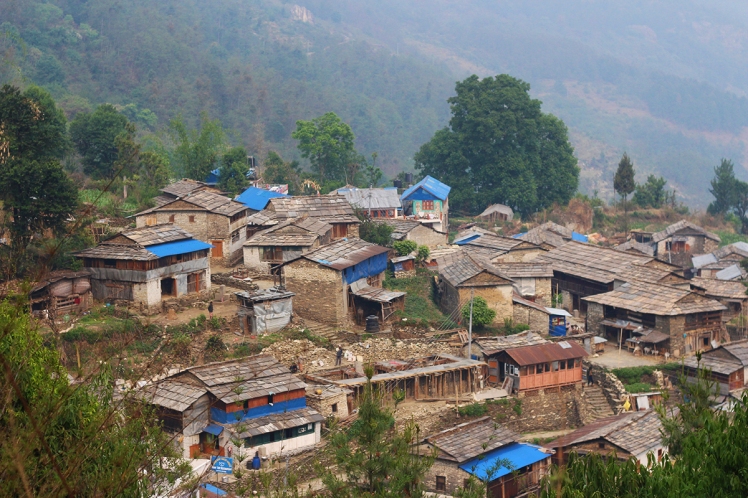 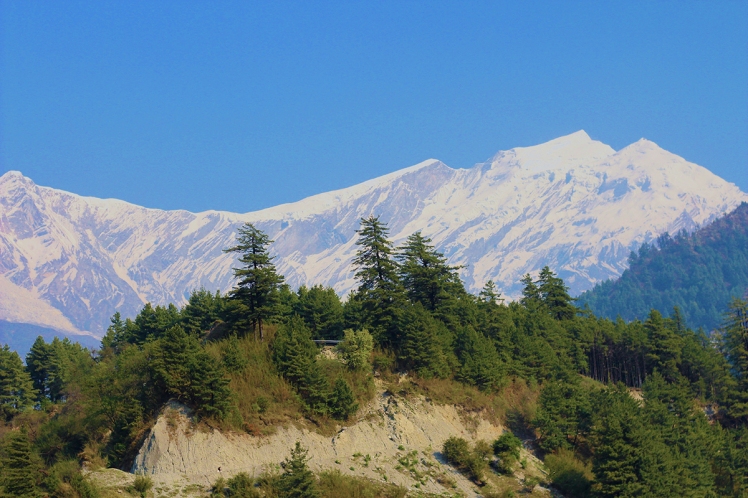 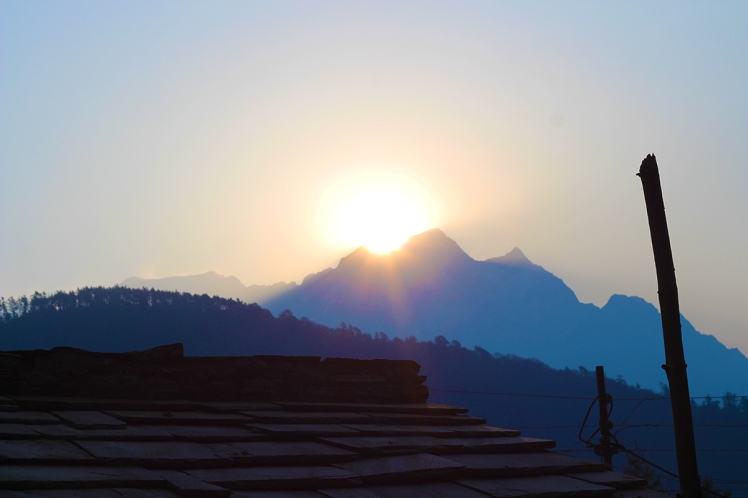 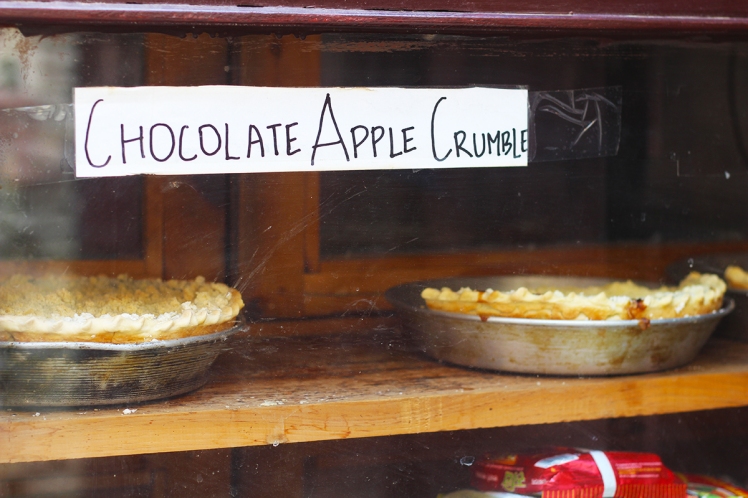 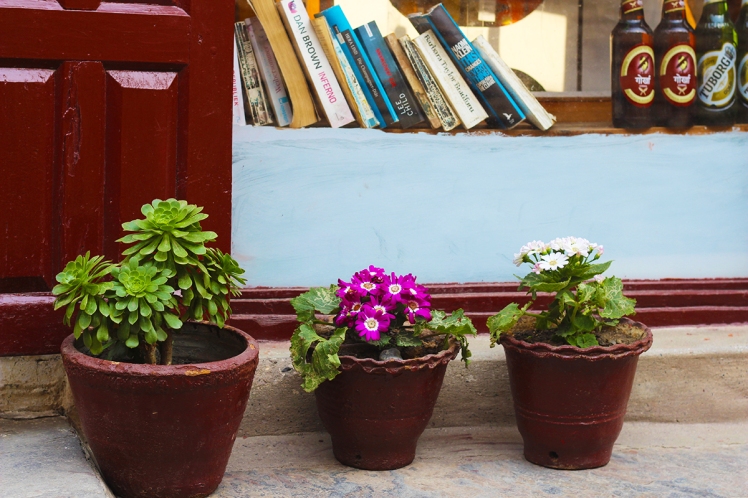 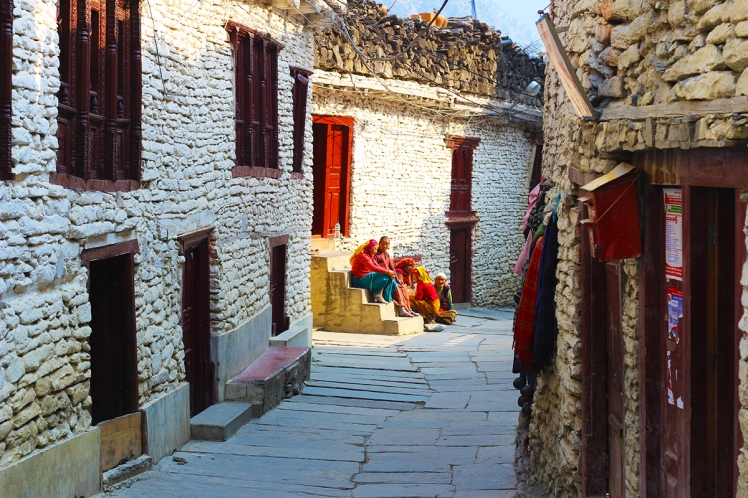 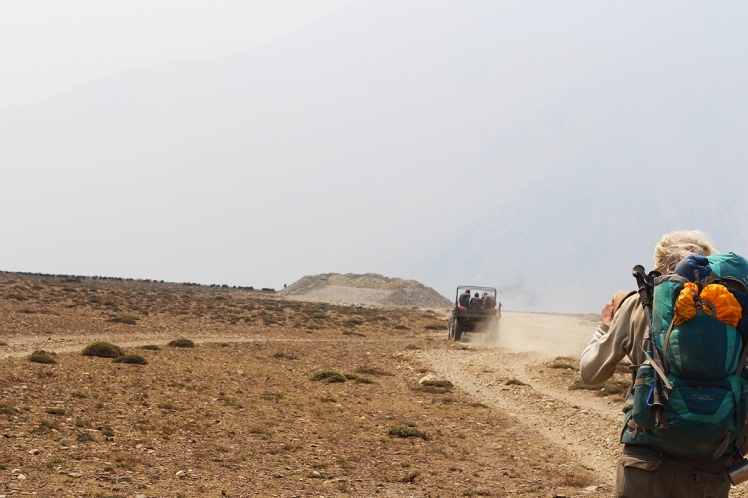 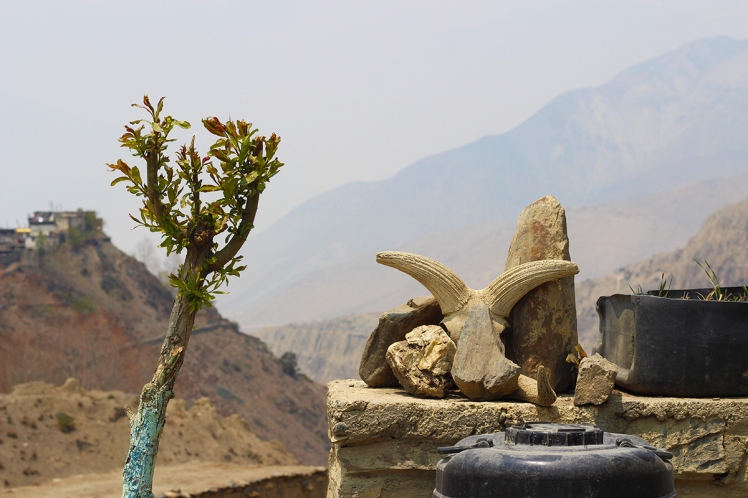 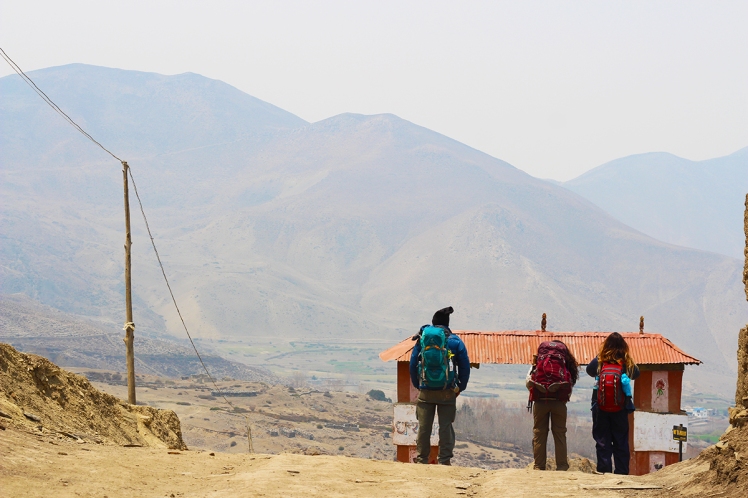 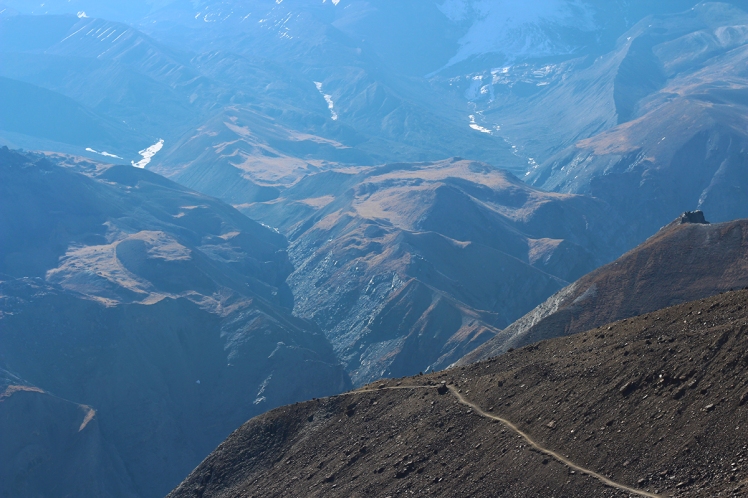 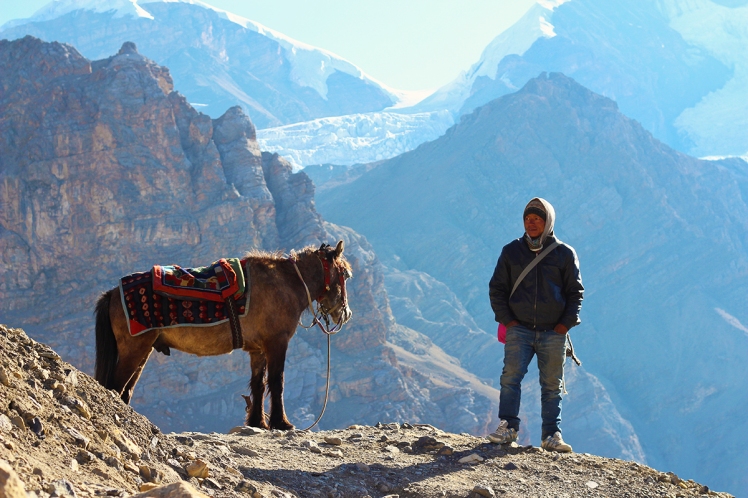 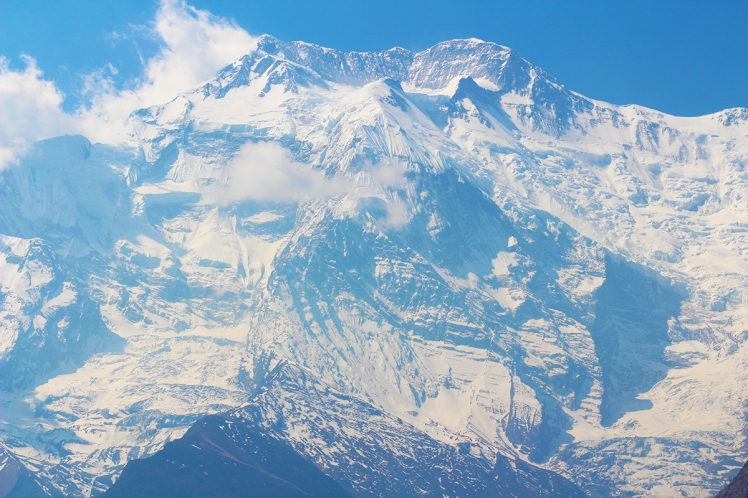 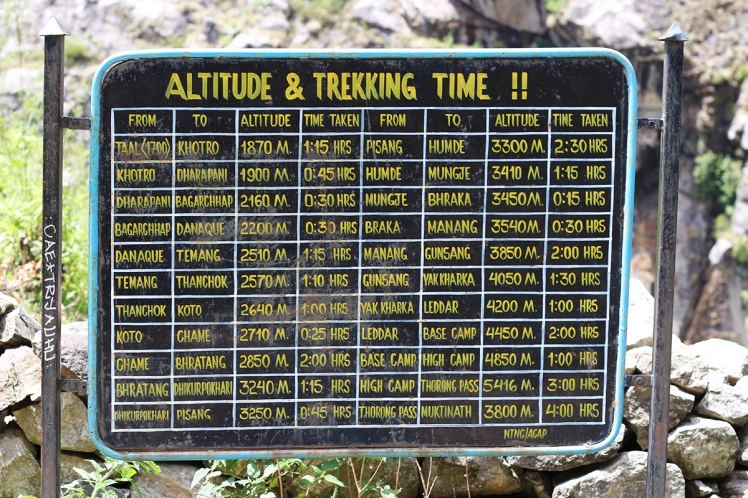 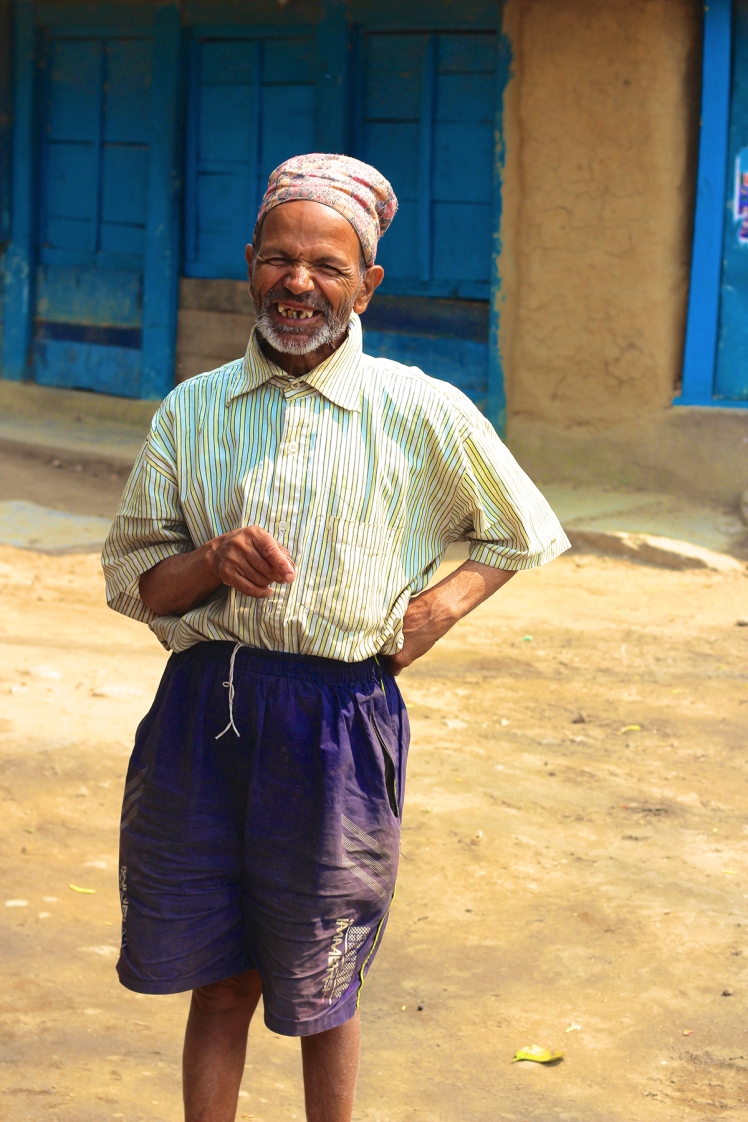 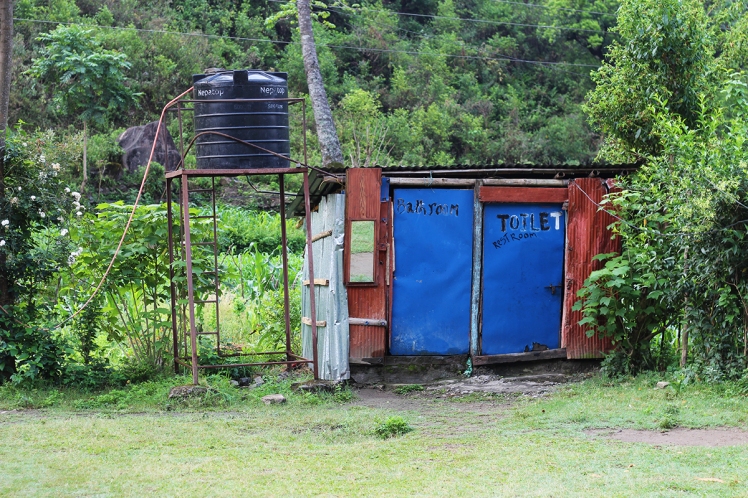